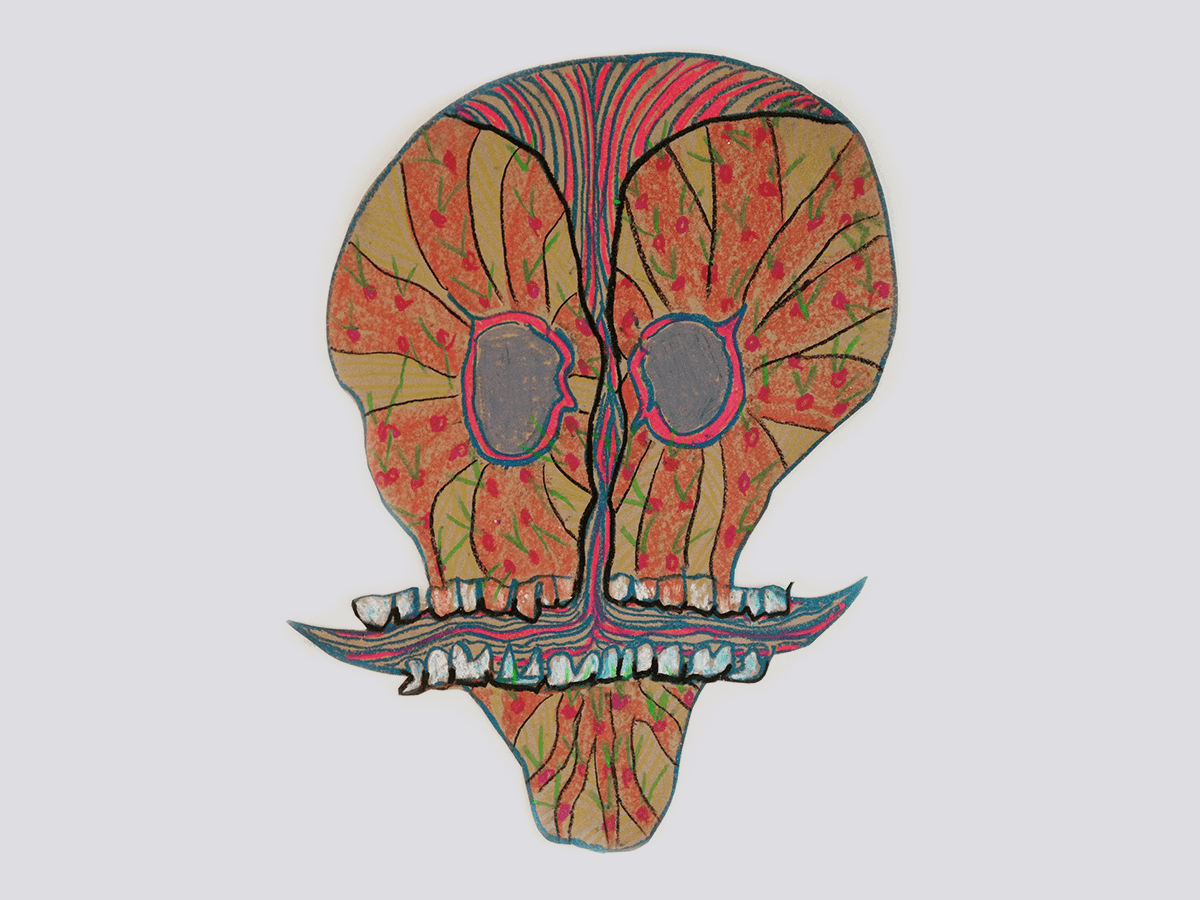 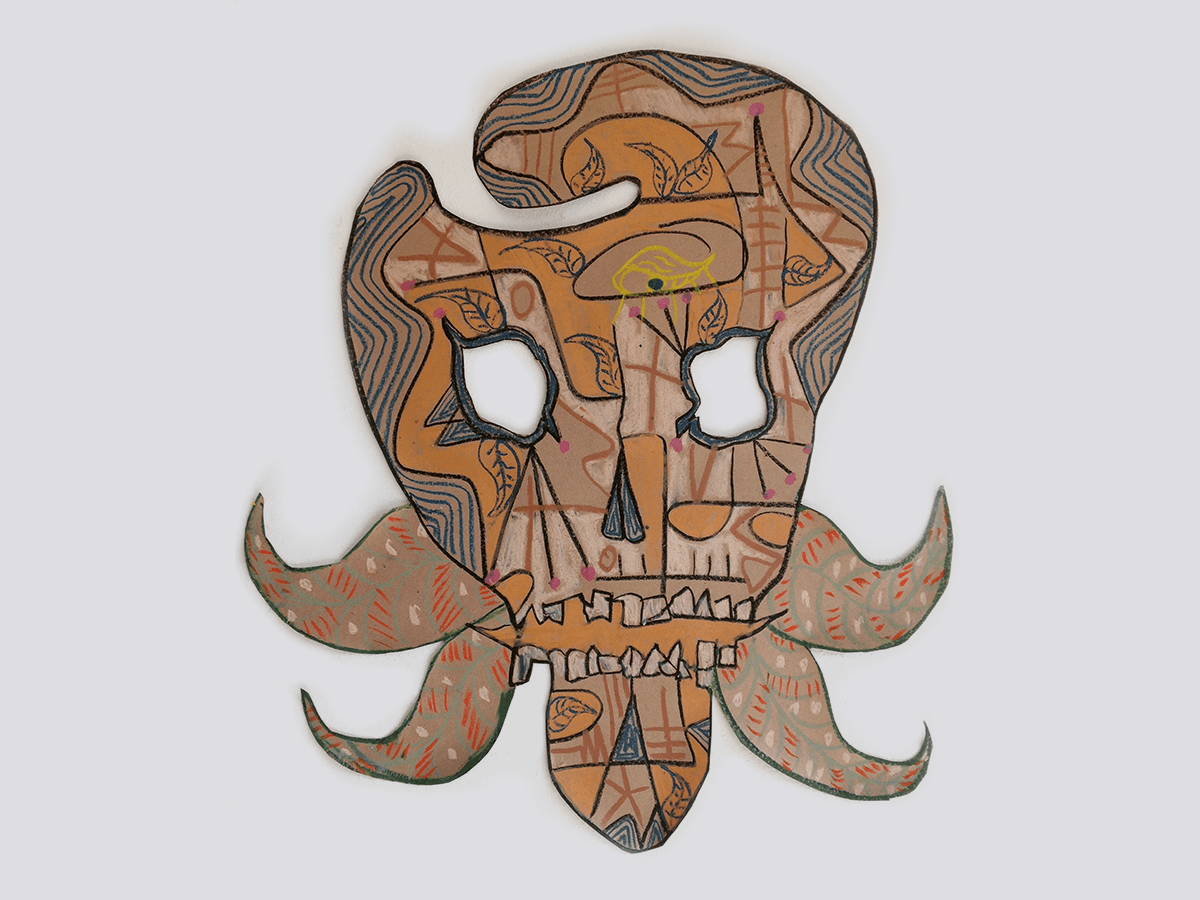 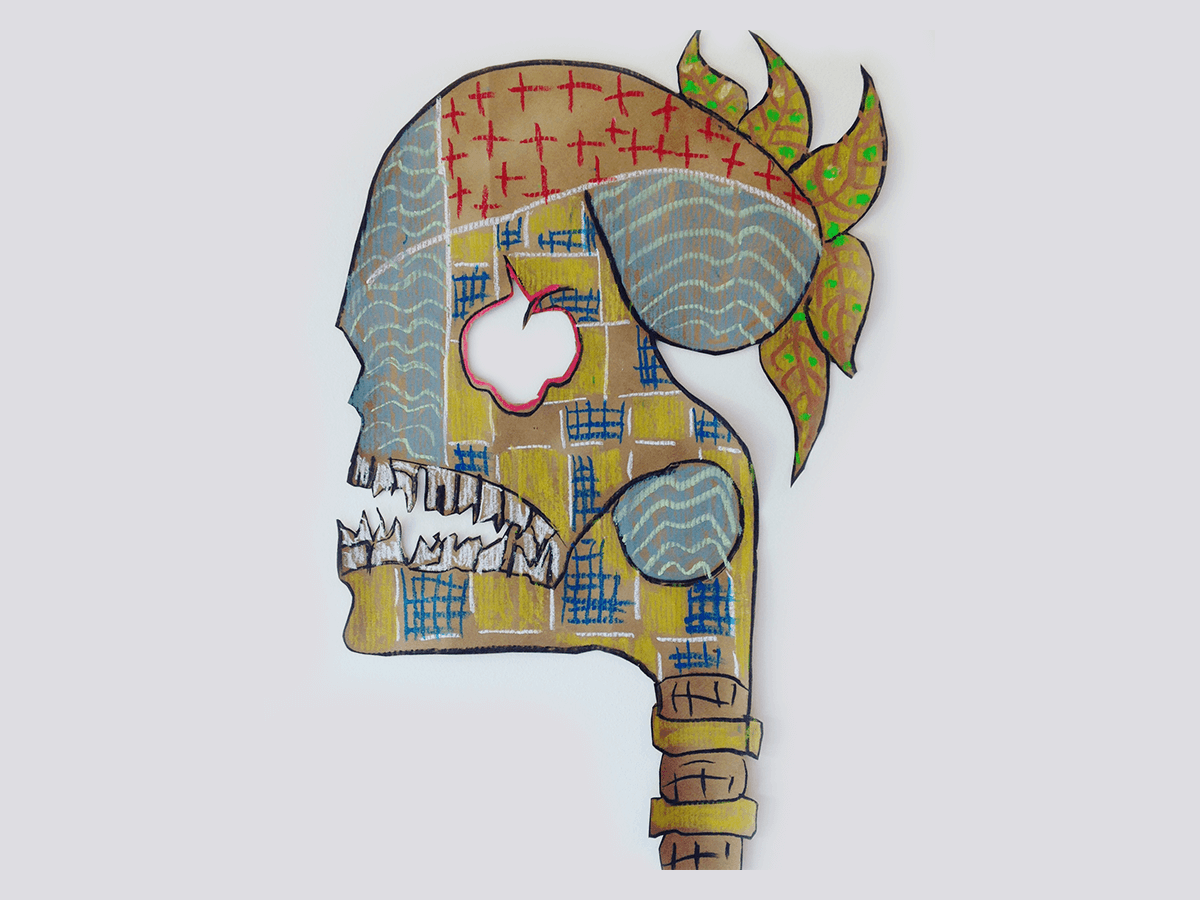 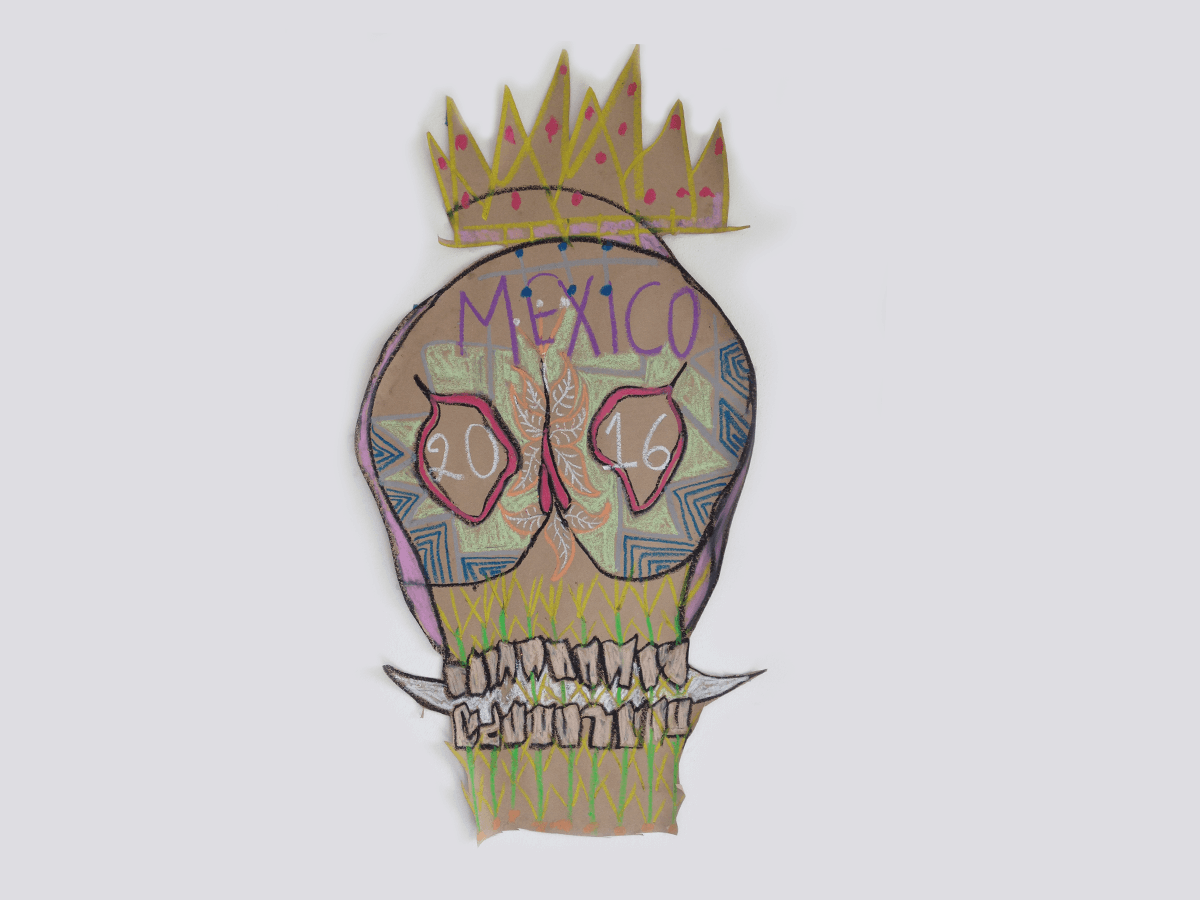 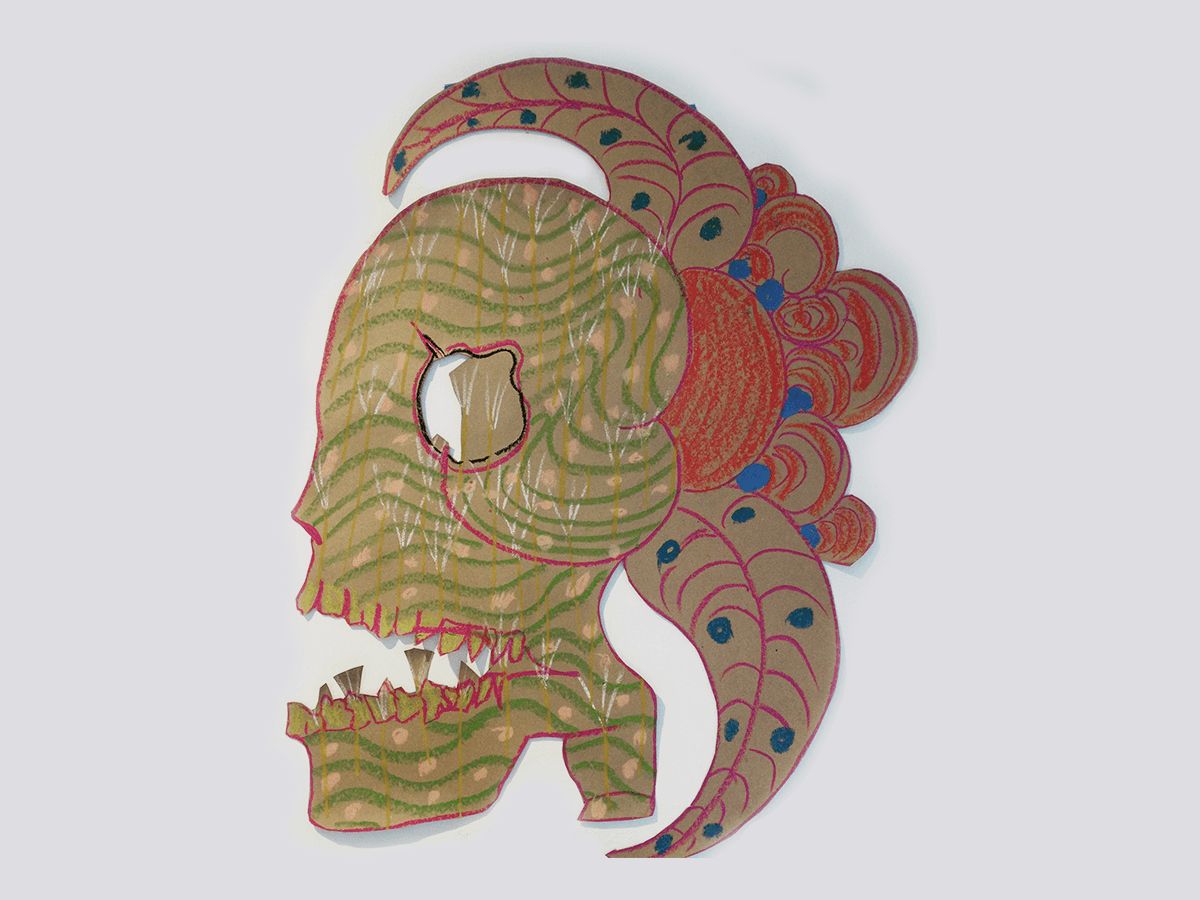 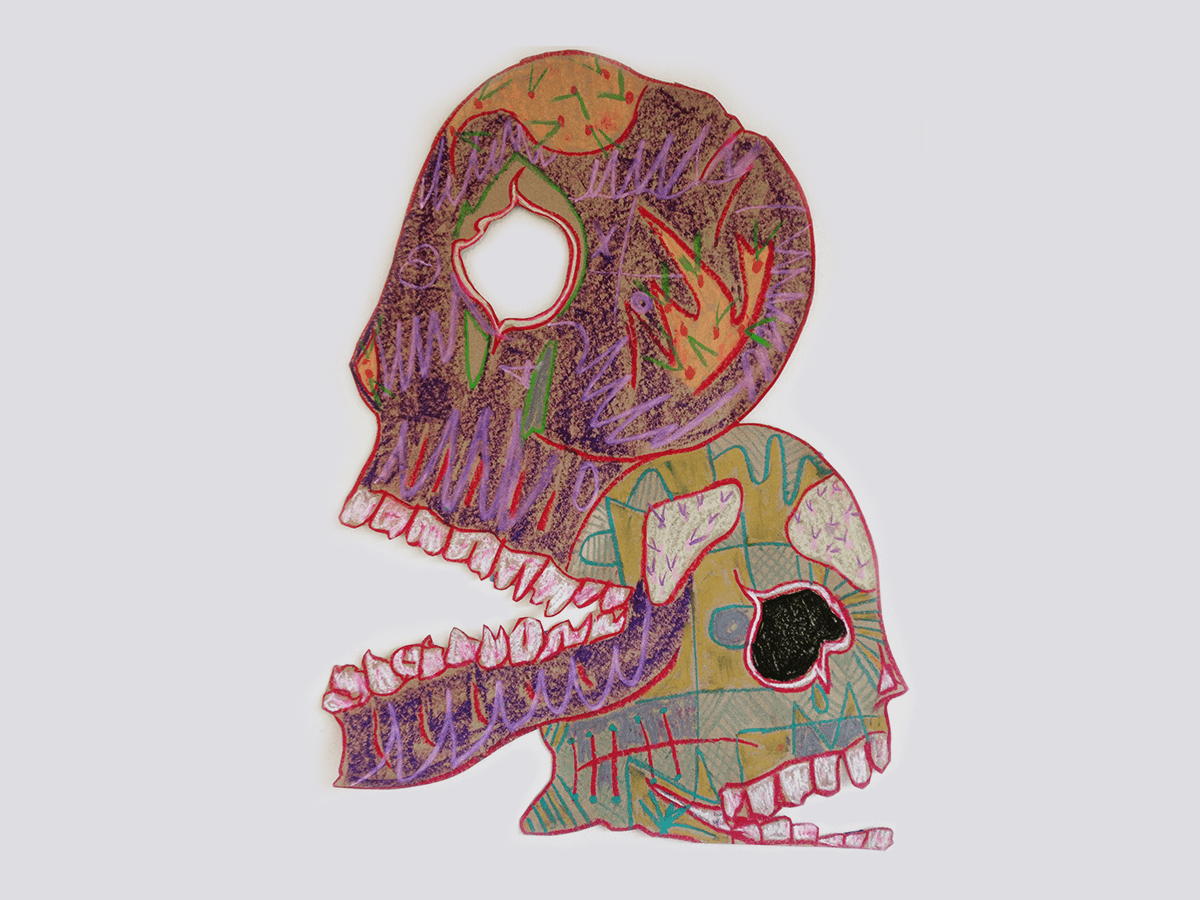 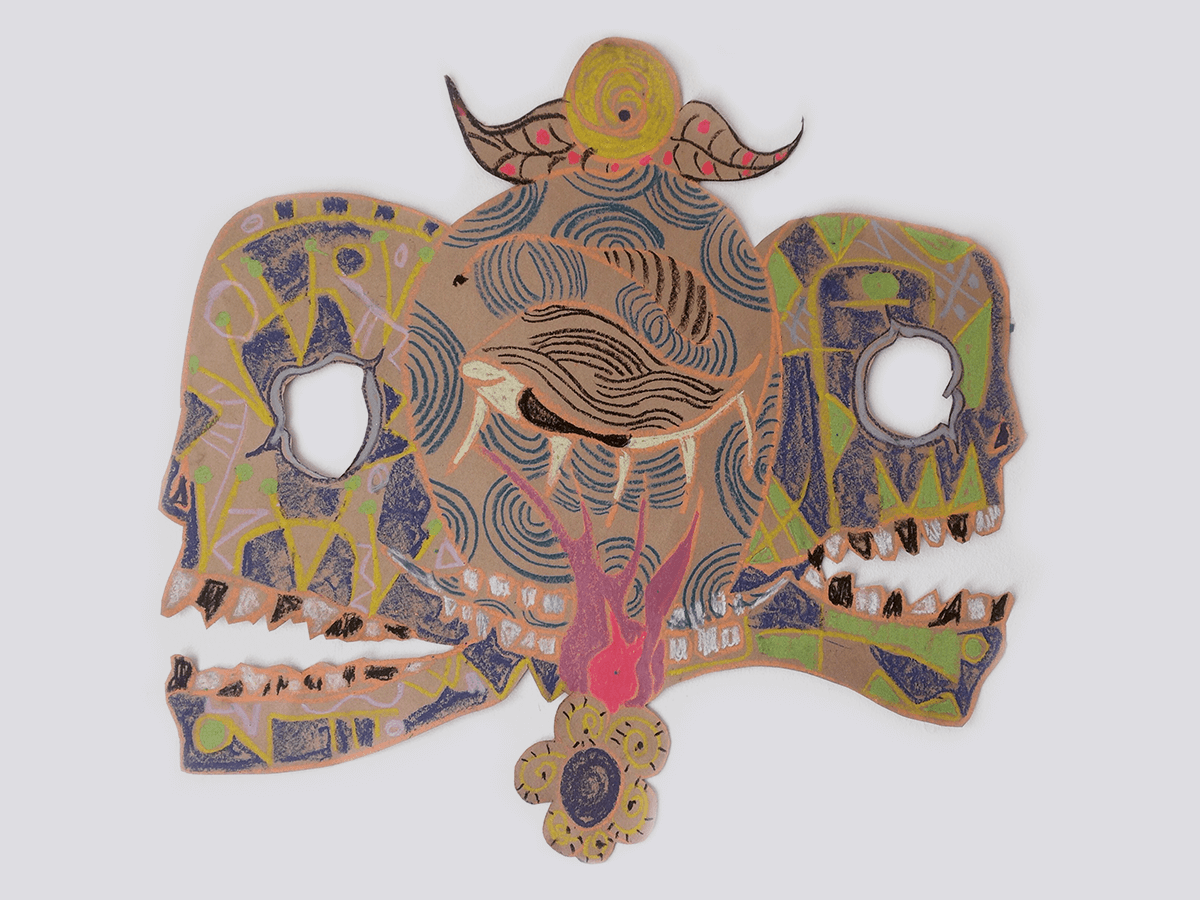 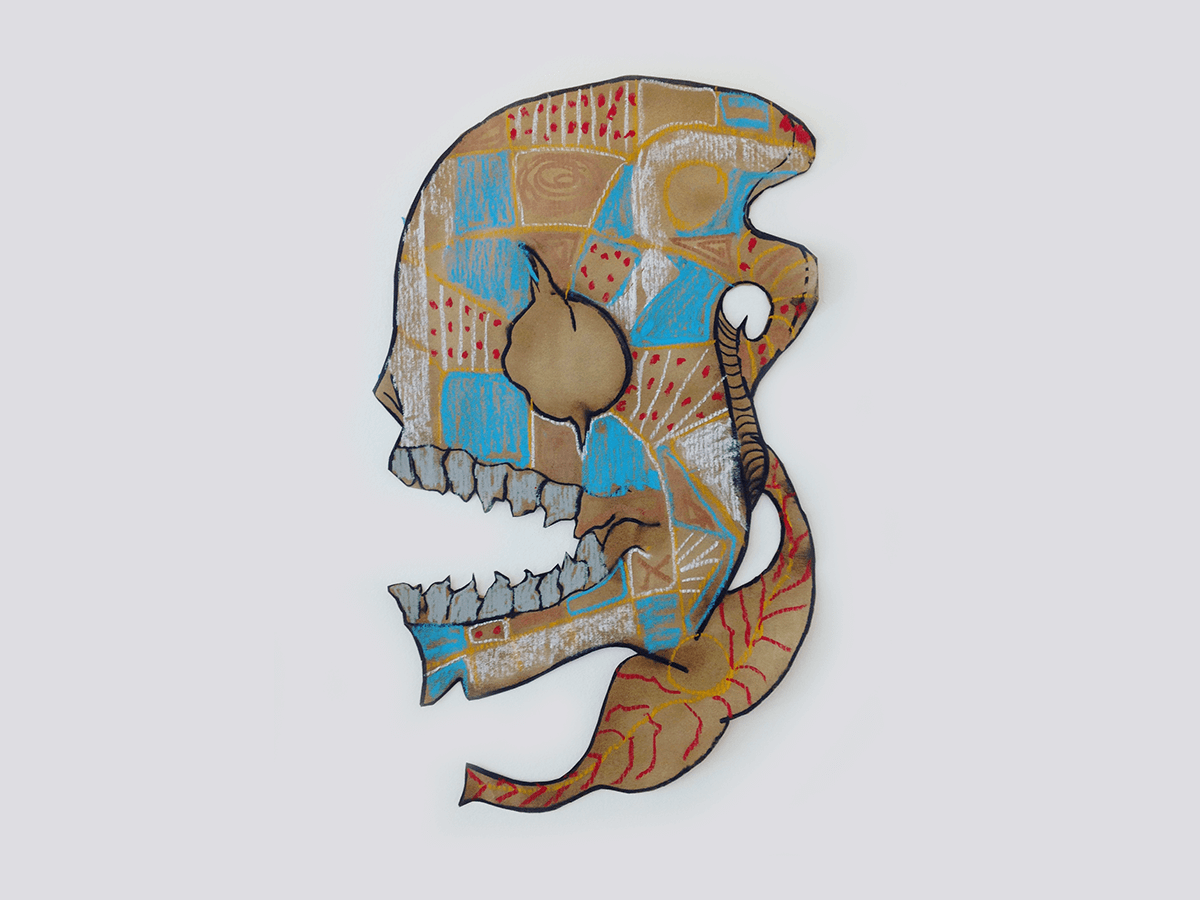 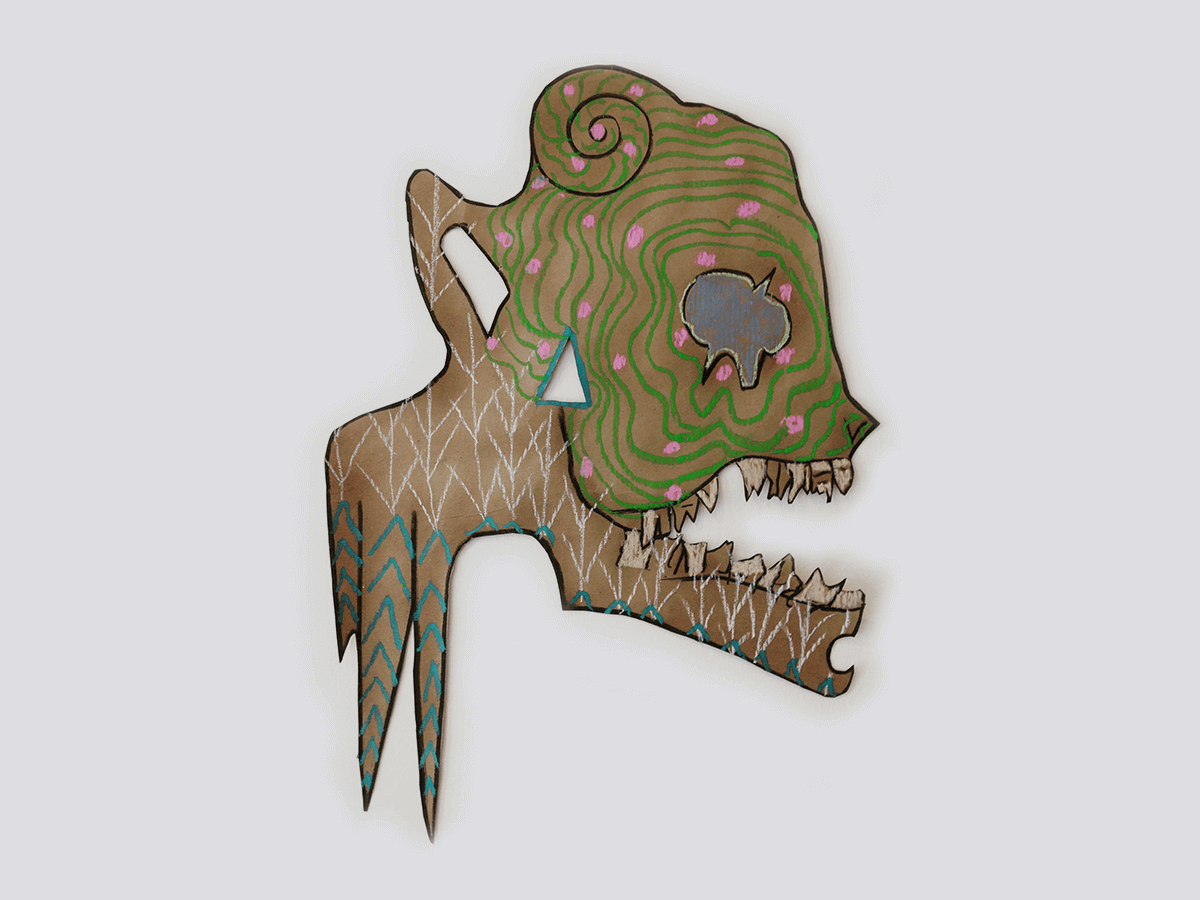 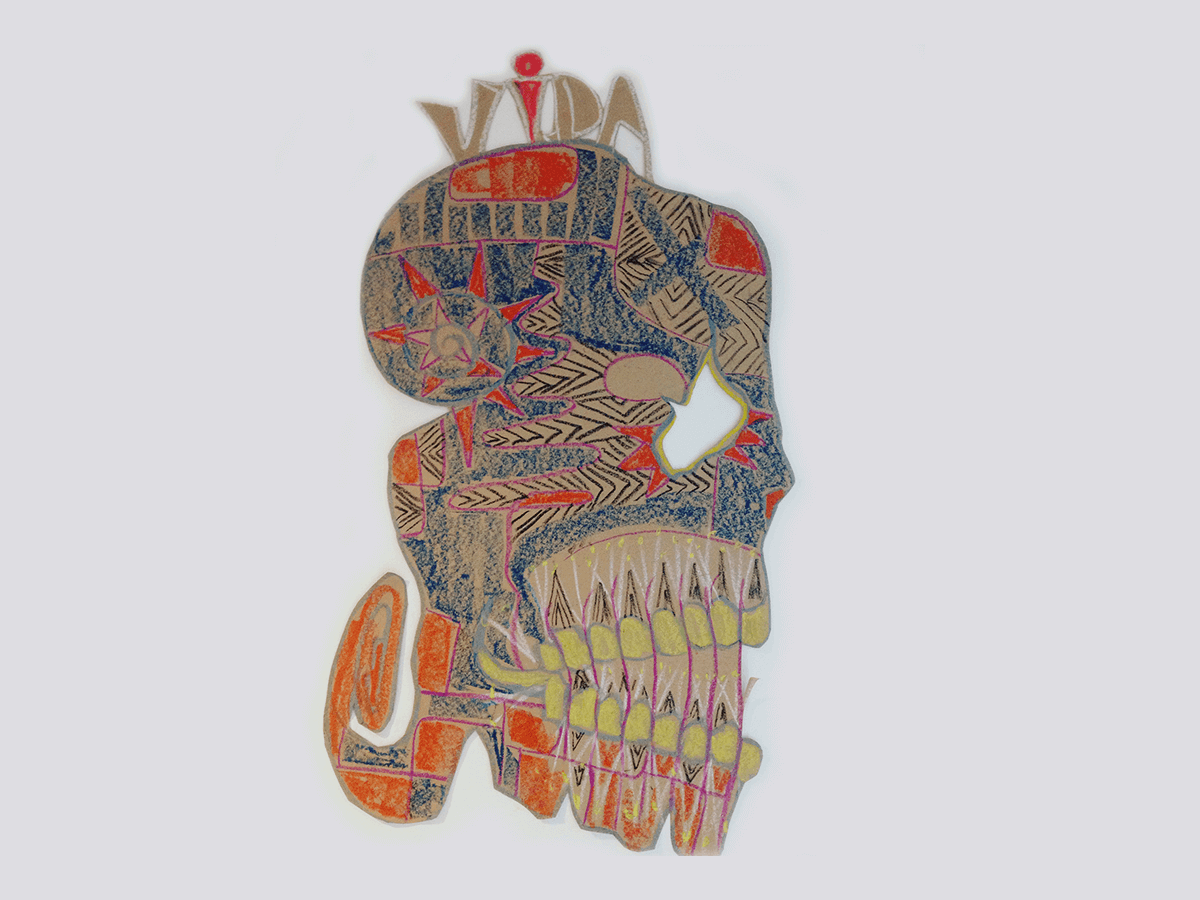 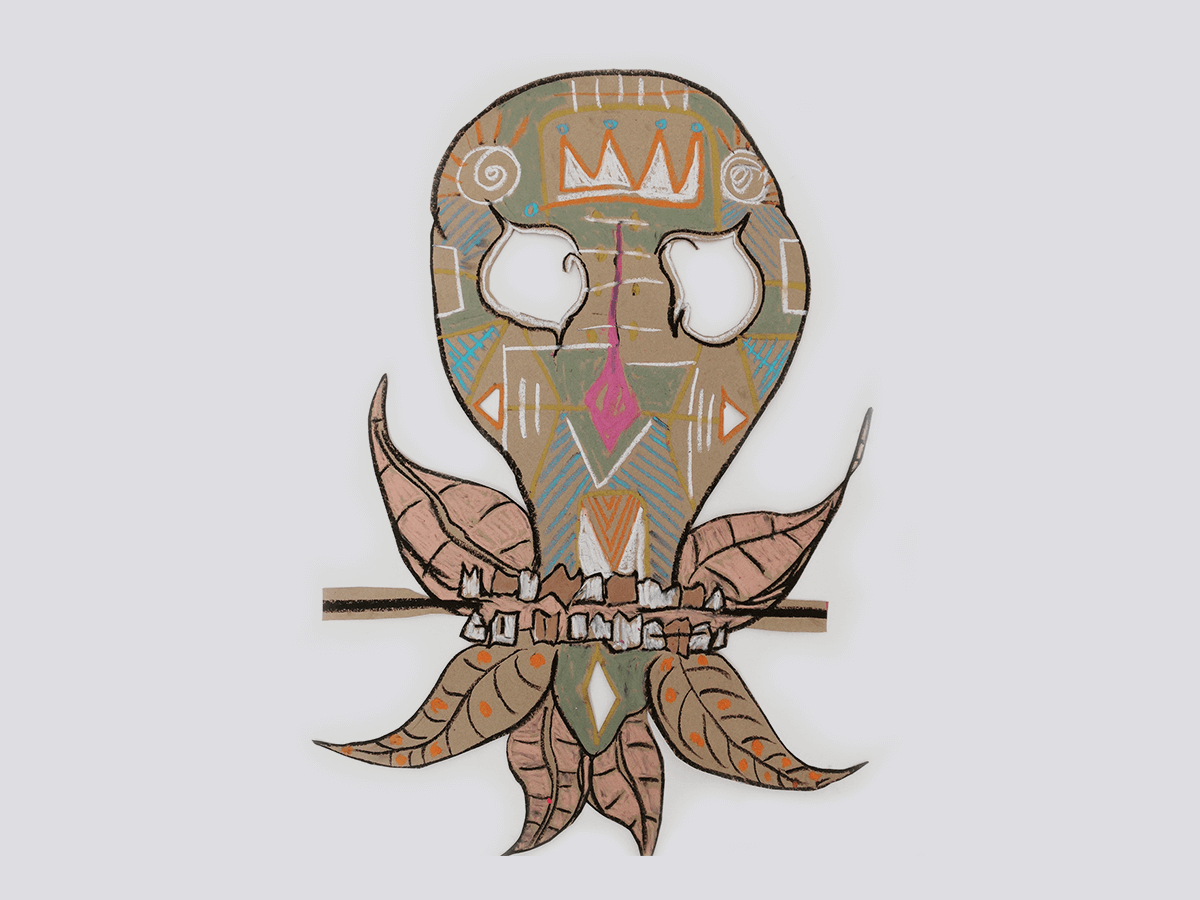 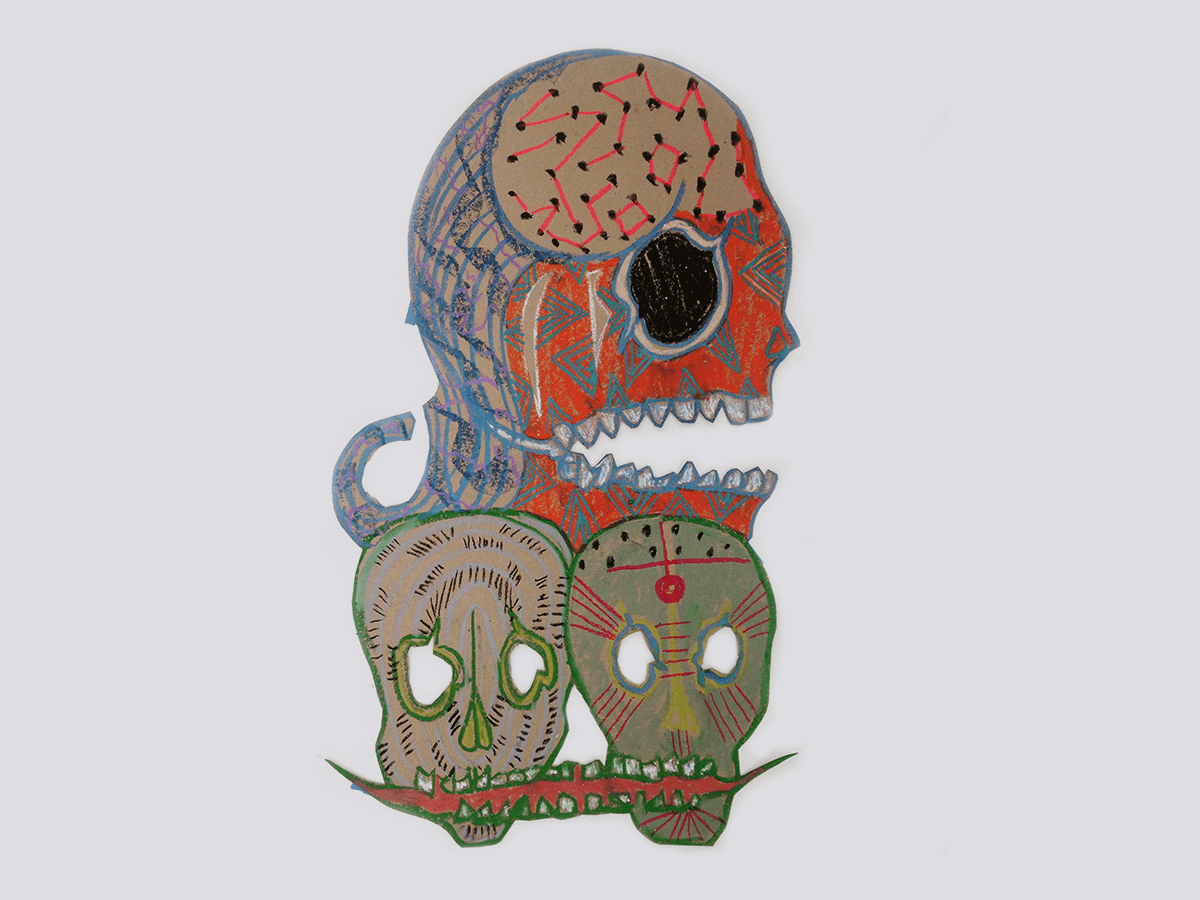 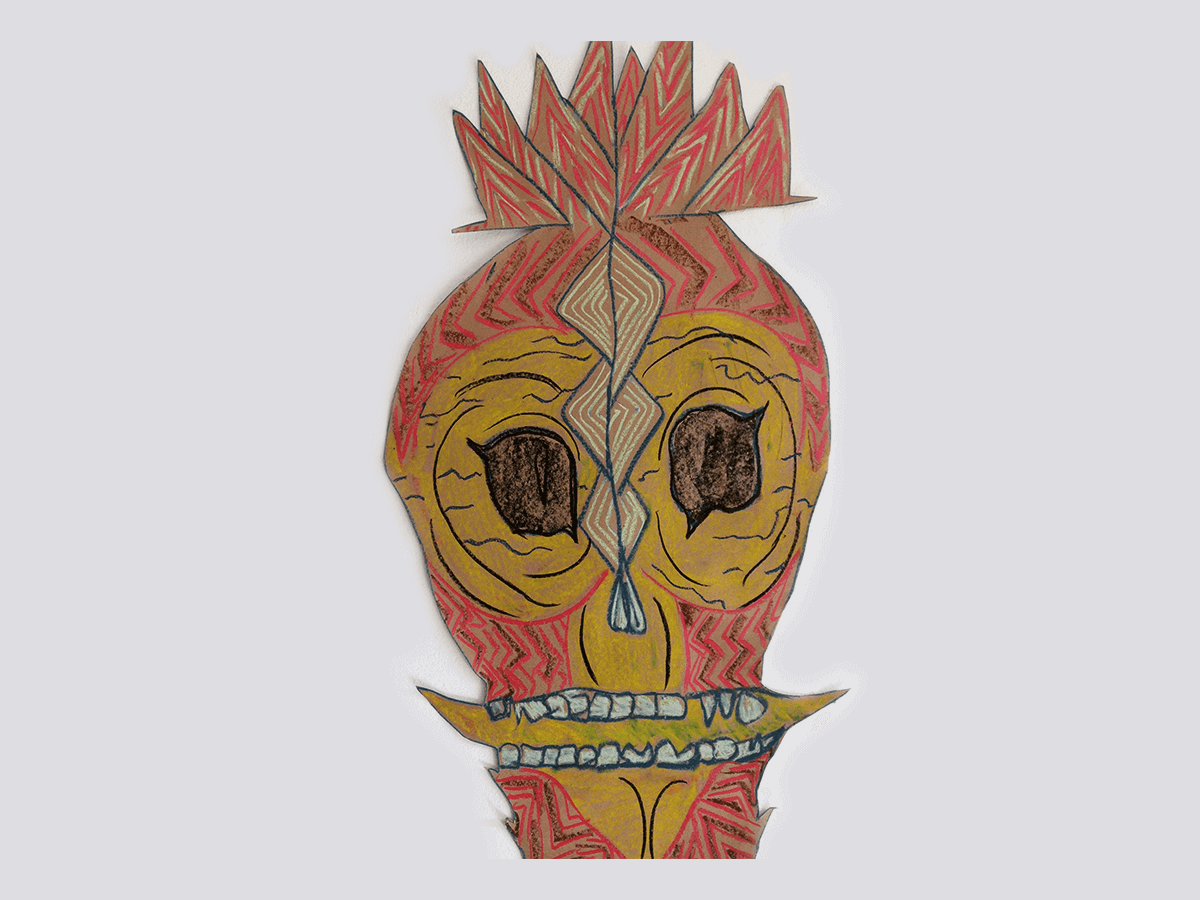 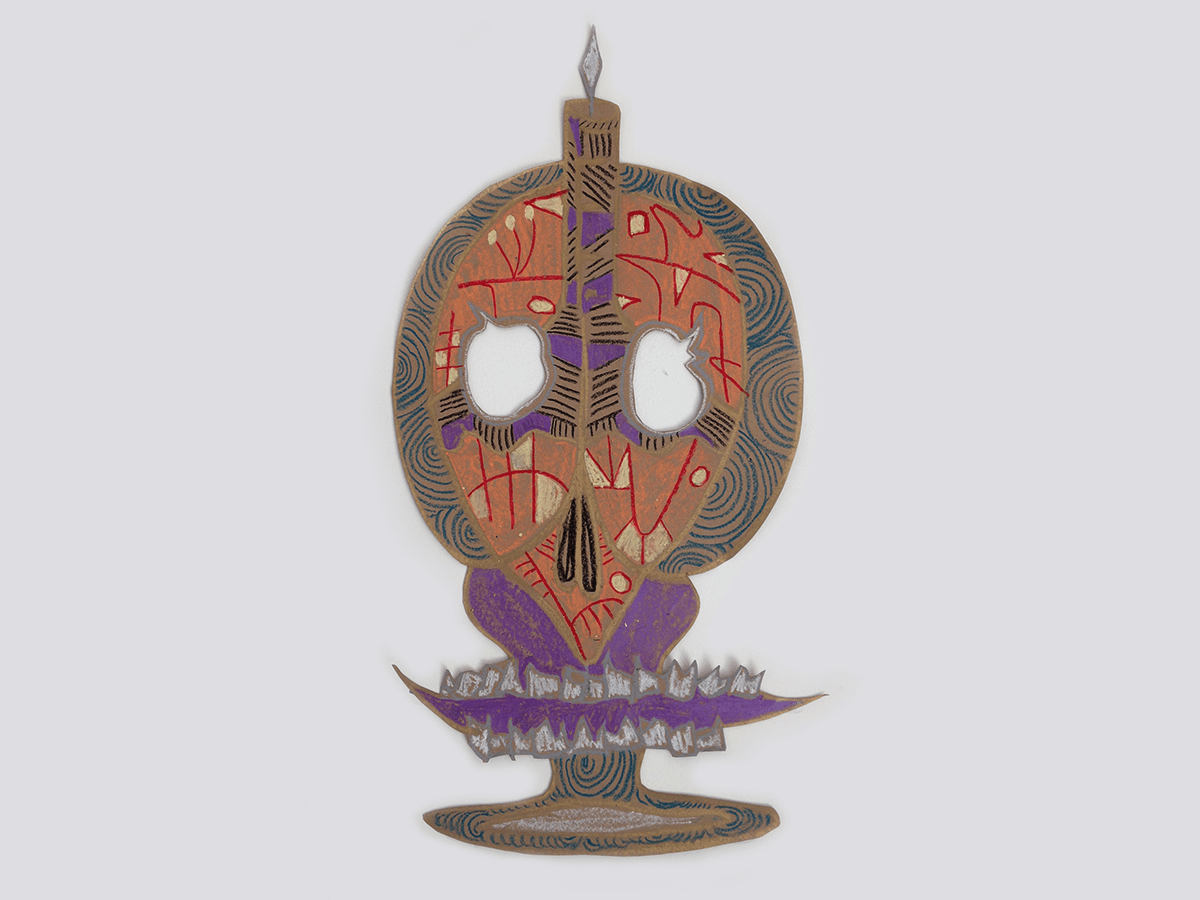 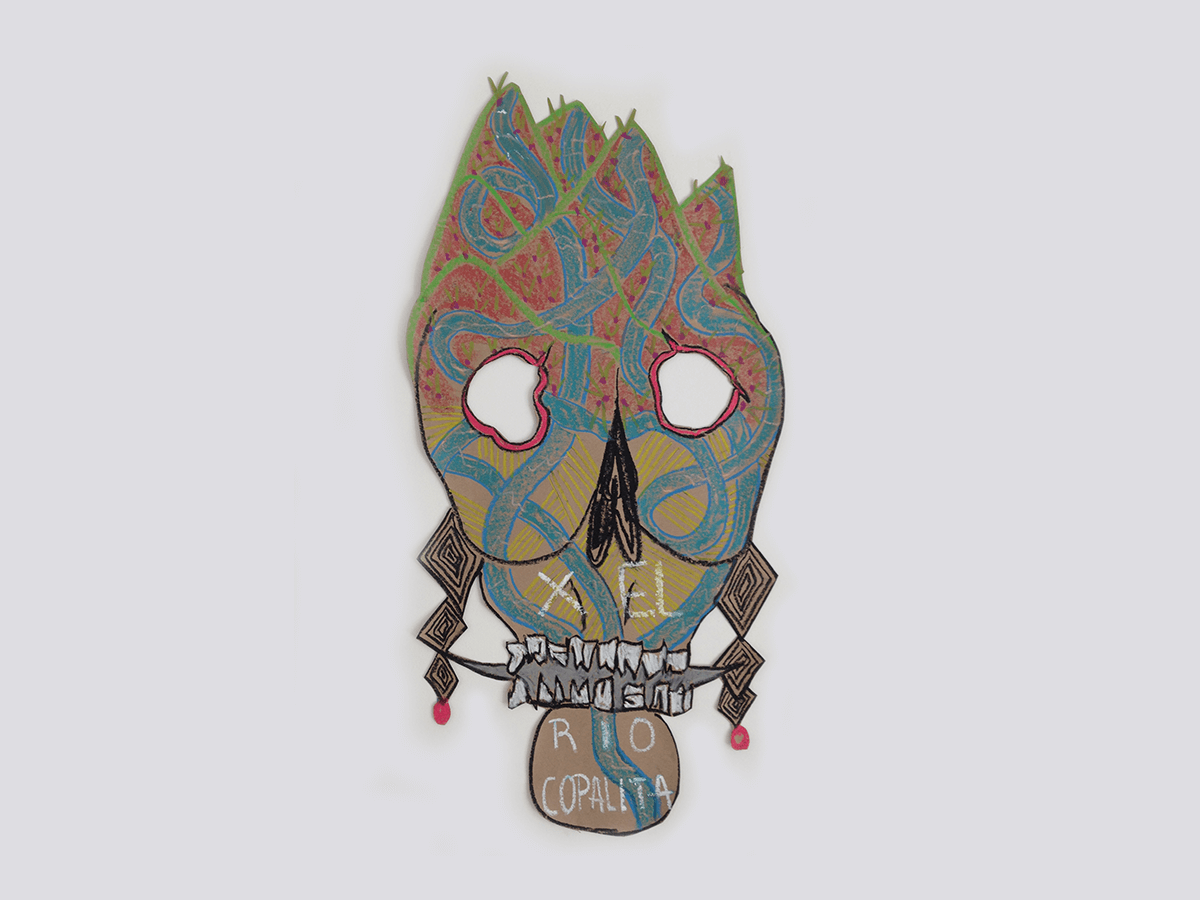 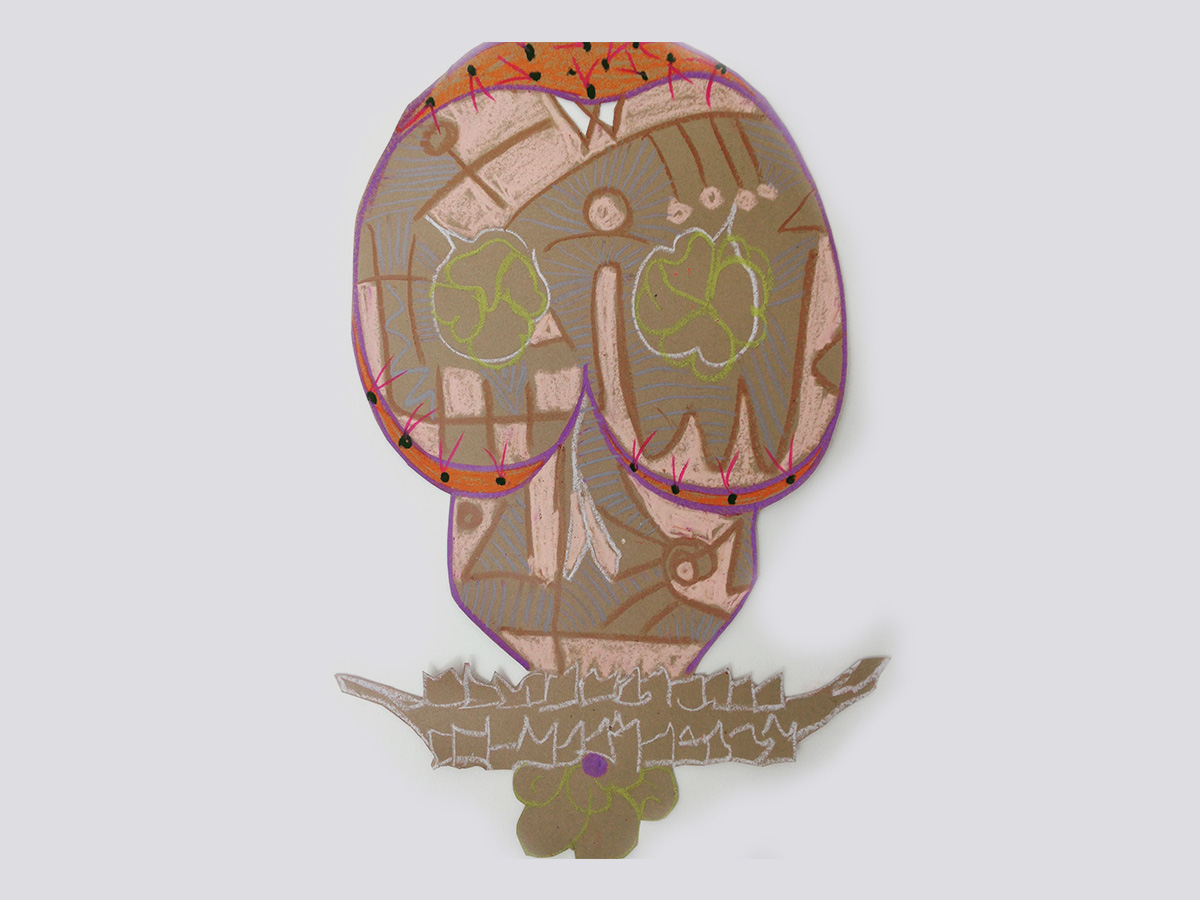 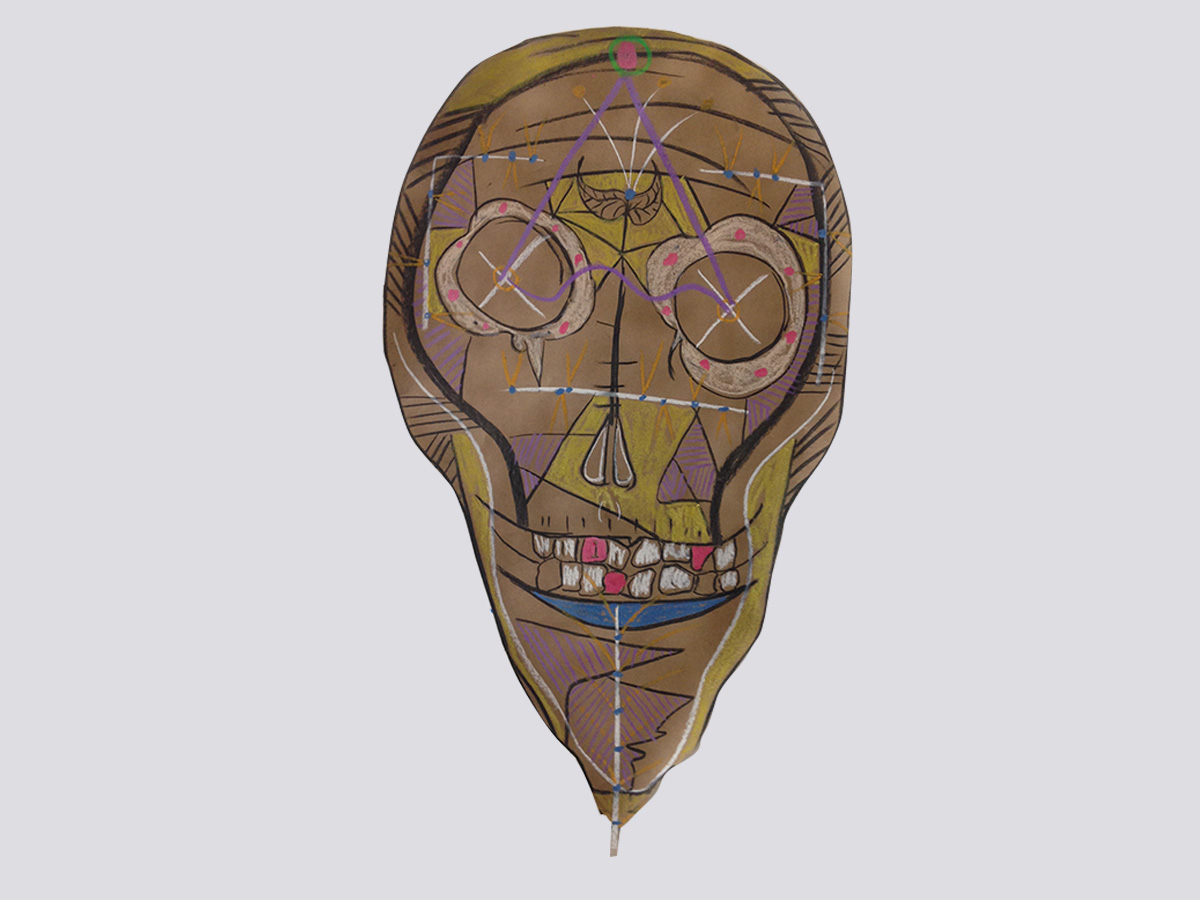 The figure of the skull represents death in Mexico, it also refers to the day of the dead and the remains of people who were victims of forced disappearance and who have been found in recent years by different states of the Mexican Republic.
This is how this series of pieces come from the Mexican tradition of the Day of the Dead to talk about the «Forced Disappearance in Mexico» as a central theme and, moreover, retakes the figure of the skull as an iconographic container to highlight other deaths as the preservation of Corn, sowing and harvesting in our fields. This series also talks about the preservation and health of rivers. «Skulls for Life» denounces the misuse of natural resources and does not fail to point out the lack of planning in the cities design, etc.
The project proposed by the artist consists of the production of an indeterminate number of skulls with which walls of the public space are involved, other skulls are being produced in different supports as sculptural objects or they are being used to support structured installations making reference to the Tzompantli. *

* Tzompantli: Altar that was built by some pre-Columbian cultures from ancient Mexico, with the base decorated with skulls carved in stone and stakes in the upper area to thread the heads of the slaughtered people.